“Doc and Deacon” give a fresh podcast perspective 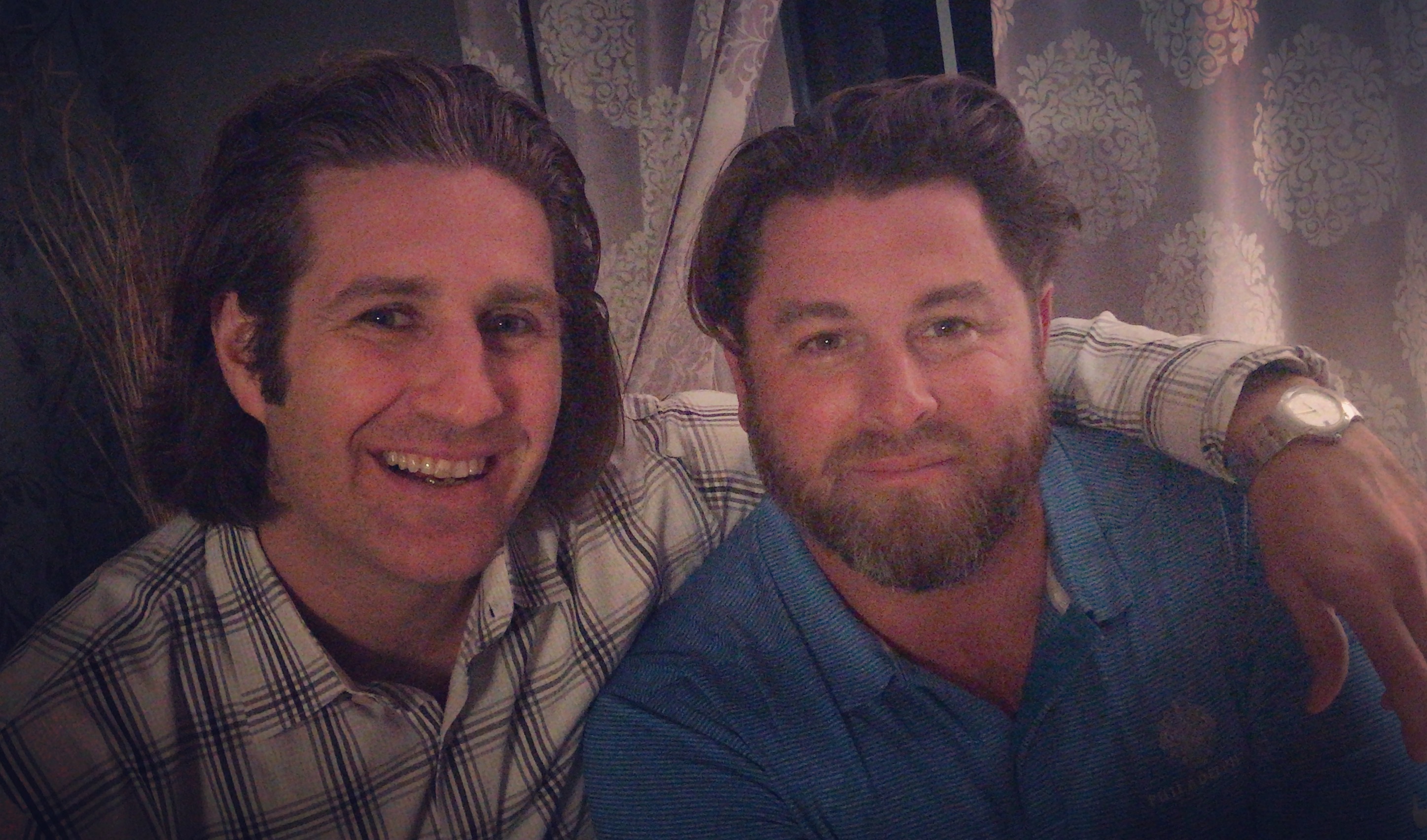 Christopher Drumm, left, is a family practice physician in Norristown with the Einstein Health Network. Peter McKenney is a deacon at Store House Church in Plymouth Meeting. (Katie Kohler/MONTCO.Today)

A doctor and a priest walk into a bar…

With their new podcast, “Doc and the Deacon,” Dr. Christopher Drumm and Deacon Peter McKenney put a modern spin on one of the oldest premises for a joke.

It’s a delicious guilty pleasure for the hosts and the audience. No one wants the person who is their medical or spiritual guide to grab a stool next to them on a Saturday night at the bar. But, they wouldn’t mind eavesdropping into their conversations.

“Doc and the Deacon” listeners aren’t going to hear about the neighbor’s MRI results or who is in marriage counseling. But they will enjoy the banter of two men, in professions where you don’t expect humor, with honest takes on trending topics. In the course of the podcast, Drumm and McKenney do more for medicine and religion respectively than any trifold pamphlet. They are accessible, inviting, and never shame their listeners for not hitting their prayer or water quota.

Drumm is a family practice physician in Norristown with the Einstein Health Network. McKenney is a deacon at Store House Church in Plymouth Meeting.

“A deacon is basically an elected member of the church appointed by the governing body. I’m on the leadership council,” says McKenney.

“There is no alliteration for Doc an elected member by a governing body,” Drumm pointed out.

Drumm and McKenney show that the people behind the collar and the white coat are human. That you are not alone in questioning religion and Googleling medical questions weeks before making a doctor’s appoint.

They have been friends for about seven years since Drumm moved to the suburbs. About six months ago, after a game of basketball, Drumm and McKenney stopped at a bar for a bite and beers. Their talked about various topics and noticed the similar theme of referring back to their professions.

A doc and deacon walked into a bar…and a podcast was born.

Season one consists of ten episodes ranging in topics of “Dad Bod,” “Lookers and Flushers,” and “Gut Microbiome.” It is available on iTunes, Soudclound, and PlayerFM. Season two is underway and will feature topics like sweat, gluten and “hangry.”

Dave Tuturice, husband of Brianne, a nurse of Drumm’s, wrote the intro. Christine Mrozek is a Drexel medical student who drew the logo for the podcast and Tucker Butler, a nurse’s son, is the editor/producer. The episodes run about twenty minutes and the intro song with lyrics like – “talking everything from poops to the Pope, one believes in spiritual miracles and the other believes in moving bowels that are irritable” – gives a hint as to what’s to come.

This isn’t a lecture, sermon or even the yuk-it-up banter of Dr. Oz’s daytime talk shows. Drumm and McKenney bring levity to serious topics in a way that the takes away some of the fear associated with them.

“They are both very sterile topics – the church and medicine. I don’t believe that was God’s intention,” said McKenney.

“We have to be able to laugh at normal things. Some medical things are funny,” added Drumm.

It can be easy to think the laughs (which are plenty) are the purpose of the podcast. However, it seems to have a higher calling than giving Drumm and McKenney a creative outlet. The “Doc and the Deacon” podcast shows that even though we may have different beliefs and passions, there is far more that we have in common.

Next time you are at a diner or bar, eavesdrop into some conversations – it will most likely be about food, faith, or medical ailments. Drumm and McKenney know their professions have many similarities.

Some people go to the doctor once or twice a year…

“About the same as some people go to church…” McKenney chimed in.

“I learned a lot about religion through this too. It’s given me a new perspective…. And sometimes I think I’m funny,” said Drumm.

For both doctors and deacons, death is a part of their profession.

“For me the keys are to make sure I give them the honest truth and that I care,” said Drumm. He talks about discussing medical plans, and prognosis and suddenly, Drumm is immediately backed in M.D. mode. Every day he is in the unenviable situation of telling someone horrible news and discussing plans for their final days.

Yes, medicine can be funny sometimes, and McKenney likes to add his vocal stylings to topics but the respect for their professions is foremost.

“If you are going to be a good doctor you have to love it,” Drumm said.

“I enjoy being a deacon. I’ve been gifted with a knowledge and a passion for people in my faith that allows me to engage people and talk to them about difficult subjects,” says McKenney.

“These things,” McKenney says referring to the podcasts topics, “They are things many people experience and they should know they are not alone.”

A doctor and a deacon walk into a bar…

The setup is there, the punch line is different with each new podcast.

To listen to “Doc and the Deacon” check out our home page.